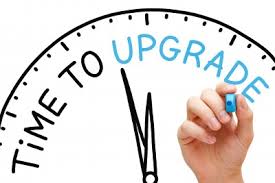 Today we’ll go over how Composable solves the problem with updating modules, while avoiding breaking-changes to callers.  Versioning is a tough problem.  When code takes a dependency on your interface, and you need to update it … what do you do?  In most object-oriented and functional languages, there are a few ways developers accomplish making changes.

Before jumping into how Composable versions modules, let’s revisit the moving parts of modules.  Modules have inputs and outputs (also called arguments).  Developers specify their arguments through properties on a ModuleExecutor.  When an application references a module, a snapshot of the current module version is taken to allow for connections and values to hang off the inputs and outputs. Any meta attributes (control, description, validation) on the inputs and outputs will be referenced rather than copied.  But what happens if you want to add a new argument, remove one, or change the type on an old one?

If you’re not taking advantage of the new upgrade features, then the following behavior will happen on update:

There are a few issues with Composable just blindly adding or removing inputs and outputs for a user.  For one, if we remove an input, and it had a crucial value associated with it (let’s say 10k line SQL query), then that would be bad value to loose.  In addition, if we remove inputs and outputs that have connections, we are affecting the dependency order, and may break the flow and execution order. In addition, any downstream modules that take inputs as connections, would now use their default inputs.  I could potentially see us adding new inputs in some scenarios, but since we’re not removing them, we mind as well be symmetric.

Now, let’s discuss how a developer allows users to upgrade a module to the latest version, while still maintaining backwards compatibility.

Luckily, Composable provides a way to perform these changes, and many more.

To increment the module type version, just set it in the ModuleType attribute.  Version numbers start at 0 by default.

If you need to remove an argument, but still want old modules to use it, and not be broken, you can use the [Obsolete] attribute.

Param2 can still be used in the module’s execute method to support old behaviors and code paths, but Param2 won’t exist on any new module instances

If you want to deprecate an entire module, but still allow old instances to execute, you can mark the module type class with the [Obsolete] attribute.  Modules with this attribute will no longer show up in the pallette.

To perform an actual upgrade from one version to another, you need to create a module upgrader.  You can extend from the class ModuleUpgrader<T> where T :  ModuleExecutor.

Each module upgrader migrates a module from one version to another version.  You will typically have an upgrader for each version.  An upgrader can essentially do anything they want to the module to get into shape for the next version (i.e. adding arguments, removing arguments, changing / converting inputs values, and moving  or removing connections).  The base ModuleUpgrader class does have several methods to make the ugprade job a little easier.

The default methods create the argument for you, and then it’s your job to add it to the module in the right order, and move any values and connections over.

The migrate methods will create the new default default argument, move any connections and values to the new argument, and remove the old one.  These may not work in some scenarios: sophisticated types, connections should be removed rather than moved, argument order matters.

Published in Composable Analytics and Software